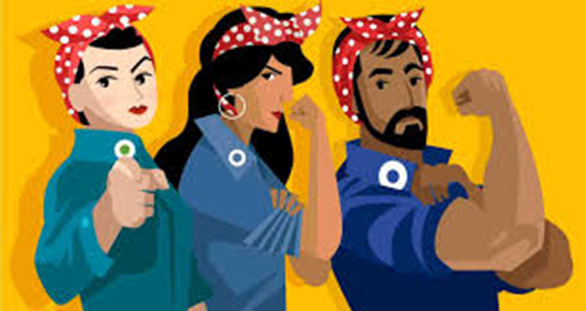 We participated on 6 March 2020 in the Brussels’ Conference on Women and Media, with a presentation focussing on women in journalism, gender-equality and sexism. The conference was organised by the female members of the legal journal Auteurs & Media (Larcier) and took place at MEDAA, De Auteurs, at the occasion of International Women’s Day on 8 March. Other speakers made presentations on online intimidation of female journalists, the portraiting of women in advertising and the problematic underrepresentation of women in cinema and AV-productions. Prof. Liesbet Stevens of the Institute for Equality of Women and Men analysed the ambigious relation between freedom of expression and the Belgian law of 2014 criminalizing sexist speech in public, including in the online environment. We also contributed to the article of Charlotte Michils on the website of the Flemish Association of Journalists (VVJ) at the occassion of International Women’s Day, commenting on the gender pay gap, the need for transparency on this issue and the creation of more awareness in society that the gender pay gap is an unaccaptable form of discrimination of women.