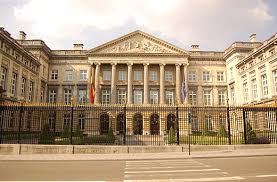 ‘Hate speech’ and the Belgian Constitution

We took part in a hearing organised by the Belgian Parliament on the revision of Article 150 of the Constitution. This time a Committee in the Chamber of Representatives focussed on some aspects of the constitutional protection of press freedom in Belgium (see link. For the discussion in the Senate, see link). Article 150 of the Constitution refers press offences to the jury (Court of Assises), except for cases of public incitement to racism and xenophobia. We proposed to extend this exception to all punishable incitement to hatred, discrimination or violence against persons or groups, by opening the possibility of effective criminal prosecution of all kinds of criminal hate speech before criminal courts with professional judges. Actually, certain texts expressing hate speech, such as hate speech (in print or online) against LGBT, women and religious groups are never effectively referred to the Court of Assises, resulting in a de facto criminal impunity. The revision of Article 150 should make an end to this situation (see also link). The hearings in Parliament however made clear that still some experts and politicians do not support the effective enforcement of some types of criminal hate speech.