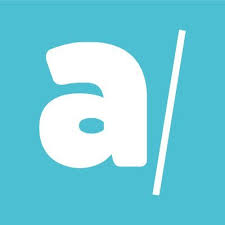 We commented a recent judgment by the Criminal Court of Antwerp about intrusion of privacy and harassment by two Apache journalists, including the editor in chief of this Belgian investigative news website. The two Apache journalists were prosecuted, after a criminal complaint by Erik Van der Paal of the real estate developer Land Invest Group. An undercover video illustrating an article on Apache featured Van der Paal and some local political figures at the occasion of Van der Paal’s birthday dinner . The images were recorded with a hidden camera by an Apache journalist, at the front door of the restaurant where Van der Paal welcomed his guests. The article with the video footages was part of series of articles on Apache about the Land Invest Group, its impressive projects and its relation with some important politicians. In its judgment of 20 January 2021 the criminal court acquitted both Apache journalists. The court found that the journalists could rely on the exception in the data protection law on the processing of personal data for journalistic purpose. The court emphasized that the images identifying Van der Paal at the party-event were made in a public place, and illustrated an article about an issue of public interest, also referring to the public watchdog role of the media. The court also found no reason to convict the Apache journalists for harassment. Our comment is published on the website of Apache (link).